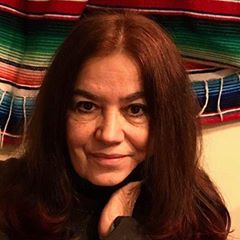 One of June Ponte's earliest memories is one of fascination with her mother's sculptures and watercolors. As a young child who lost her mother at the age of seven, June became interested in art, and began to have visions and metaphysical experiences that continued into adulthood.

After the death of her mother, June was sent to live with her devoutly religious grandmother, and was raised in a traditional Portuguese household. The women in her family played an important spiritual part in her personal and creative growth.

Every Sunday morning, June's grandparents would take her to six o'clock mass at St. Michael's Monastery in Union City, NJ, where she was mesmerized by the richly colored and painted Victorian era stained glass windows, and fascinated by the huge antique mural of St. Michael slaying the devil. The young artist was lost in a daydream of color, light, and the sound of the choir.

June grew up hearing stories about her grandfather who used a fountain pen to draw schooners on her grandmother’s white linen tablecloths. From as far back as the 1800’s, her family was known for their creative eccentricities…in Portugal, family members would exchange clothing and put on plays in their home for friends and neighbors.

As a child, June knew early on that she was an artist too. One of her first drawings was of her dog, made using a burnt matchstick on the inside of a matchbook cover.

She briefly attended Jersey City State College and the School of Visual Arts; June is mainly self-taught. Years later,both the artist's skills and spiritual experiences flourished through the study of painting, psychic work and spiritual mediumship.

Ponte creates portraits of historic figures, Gothic painted stained glass windows and candle holders, and jewelry made using vintage components. The artist has blended her esoteric vision with her love of colored glass and painting.

June Ponte's artwork has appeared in the Now Gallery, NYC, Window Box Gallery, NYC, True Fakes Gallery, NYC, O-Roe Electric Art Space, Hoboken, City Without Walls, Newark, NJ, the Sussex County Arts and Heritage Gallery in Newton, NJ, Skylands Gallery in Wantage, NJ, and The ARTery Gallery in Milford, PA. The artist was recognized for her creative achievements by her hometown of Union City, NJ, inn addition to her artwork, Ponte is the author and illustrator of nine children’s craft books, recently published by Enslow Publishers. She is also an evidential spiritualist medium. 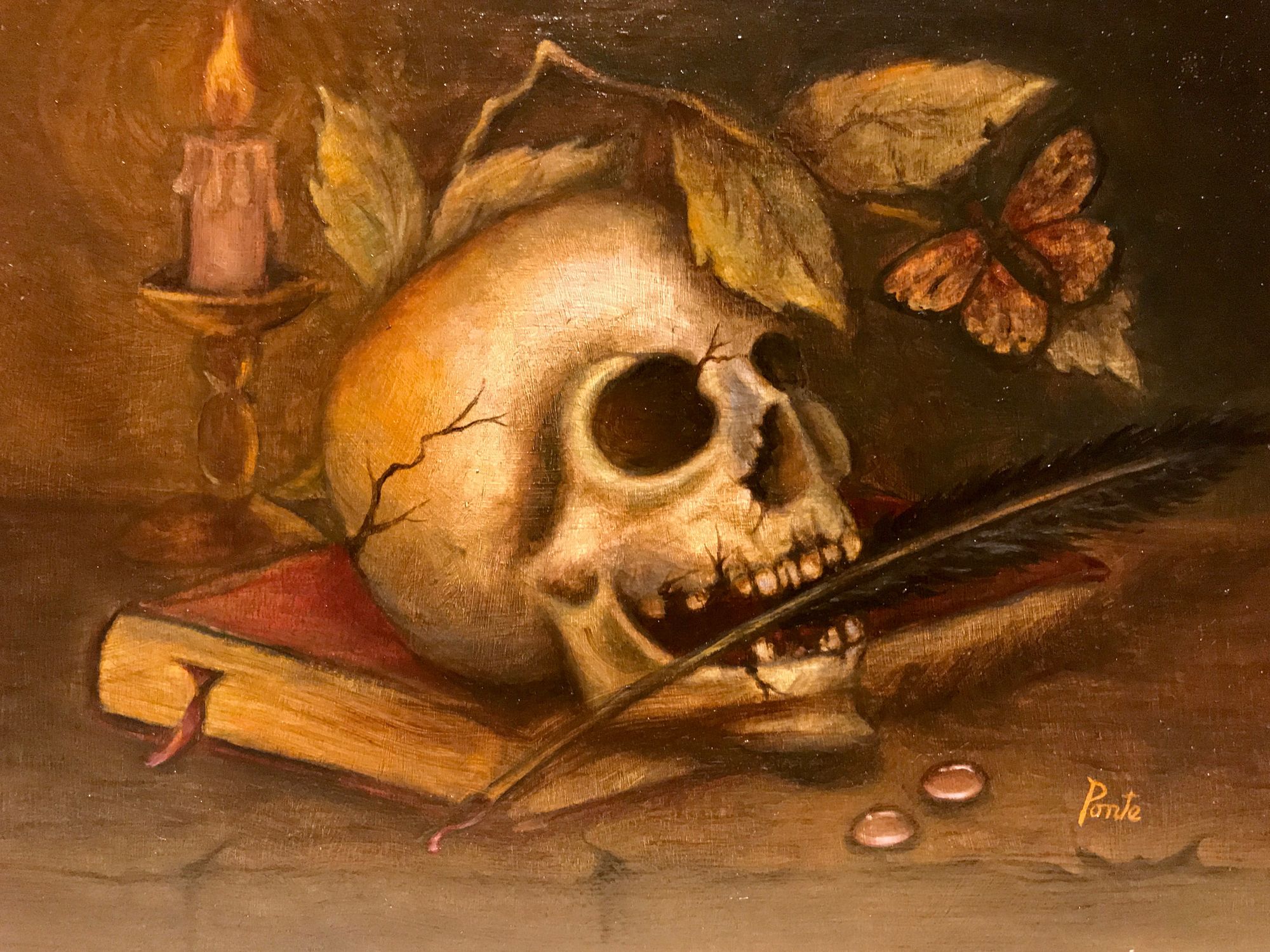